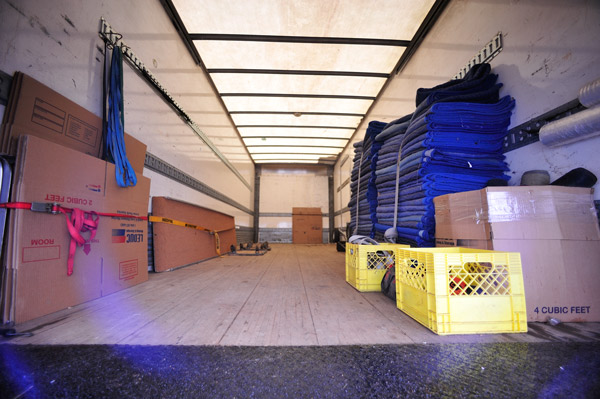 
Alberta is rapidly recovering from the downturn it faced as a result of weakened world-wide energy prices. This rebound means increased opportunities for the province's embattled labour force but there's a catch. Since few things are rebuilt exactly as they once were after a catastrophe, the recovering economy means employment opportunities are coming back but many of these new opportunities will require change, transition and relocation.

The reason for this is, as the job market in wild rose country returns, particularly in energy-sensitive areas such as fire-ravaged Fort McMurray, Leduc/Nisku, Acheson and other energy sector service regions, those jobs will often be filled by someone new, someone who doesn't necessarily already live near the workplace being advertised. This means a sudden spike in professional relocation services such as those offered by Leduc Moving and Storage who has seen more than one downturn in their 75 year history.

The reason for this relocation escalation is because many of the workers who had been laid off during the downturn have moved back to their home provinces, found other work or have simply dropped out of the job market. Statistics Canada reports an average of almost 600 individuals per month had moved out of Alberta throughout most of 2016. Many of the suddenly unemployed were forced to flee the province leaving their possessions behind to be sold at auction by the mortgage lender or, for the luckier ones, through garage sales or "buy, sell and swap" sites. Others tried to ship their household goods with opportunistic discount carriers. These sometimes disreputable movers began popping up after the crash with alarming frequency; trying to take advantage of a desperate market with super low prices and quality to match.

Now, however, with new vacancies in emerging skilled positions on the rise, those individuals who remained in Alberta can now fill the posts left vacant by those who couldn't wait out the recovery. What this means for the Alberta moving industry is a sudden spike in demand for reputable moving services. The employees refilling these lucrative positions in the oil patch have the means to hire accredited moving professionals, rather than single-truck moving companies with few workers and no track record. (For an example of what can happen with this sort of company, check out this CTV Edmonton report from last December.)

It looks like, as usual, the professional moving industry is the bellwether for the provincial economy. We should all rejoice at the rebound.

"efficient, polite and professional"
I am writing to express my satisfaction and appreciation for the excellent job your employees did in moving my furniture from one unit to another. The young men were efficient, polite and professional. Please extend my appreciation to them. I have already recommended your company twice, and would not hesitate to do so in the future.

"one in a million"
Wanted to let you know how pleased we were with Leduc Trucking and especially the driver who moved us from Wisconsin to British Columbia. We very much enjoyed working with him. He’s one in a million. I would recommend your company to anyone.

"worked quickly and yet took great care"
We are writing to say how very pleased we were with your service. The men were all very courteous and professional, from the moment they arrived at our house in Edmonton and introduced themselves until the time they had everything unloaded in Leduc, and shook hands to say “Goodbye” and thanked us for our business. They worked well together and showed care and concern for each other in lifting the very heavy items. They worked quickly and yet took...

"could not have been handled better"
Just a note to commend your company for the very fine handling of our move from Edmonton to Andover. The crew involved with our move were careful and expert in all that they did, and unfailingly cheerful in manner and accommodating of any questions or preferences that I or my wife expressed. The move could not have been handled better, and we thank you all for your care and skill.

"all around greatness!!!"
Thank you all so very much for your wonderful service, helpfulness, kindness, and all around greatness!!! Thank you for yet another “delivery” out to Saanichton, B.C. The guys are always so pleasant and helpful – and careful!!! We are always singing your praises to all and continue to strongly recommend Leduc Trucking. Thank you all again – very much!!

"excellent service over the years"
Leduc Moving and Storage has provided us with some excellent service over the years. We would like to thank you for once again making our transfer a pleasant experience. The punctual and courteous crew made this happen. We really appreciated the extra care and caution they used with our possessions, especially when carrying them into our new home. Please pass our praise and thanks onto this great crew. Thanks again.

"great job"
I am sending you this in appreciation of the great job your company did on our recent move. Once again thank you and we will recommend your company at any time.

"they were fantastic"
I feel compelled to compliment the two young men who helped us move on such a hot and humid day. They worked long and hard and fought to get an extremely difficult sofa out of the basement. We very much appreciate how hard the guys worked, especially in such heat. Our former home had a difficult basement arrangement and they were fantastic and far more patient than any of us. We extend our thanks to those men and your company for the efficiency a...

"total satisfaction"
I would like to provide you with feedback from our move. Let me begin by saying that your company has moved my family 5 times in the last 6 ½ years. The extra care and caution to our possessions and the personal detailed attention provided by your staff to ensure total satisfaction has made our moves an enjoyable experience. We have recommended your company’s services to many friends and family, and will continue to do so.

"a move well done"
I want to thank you for a move well done, and nothing lost or broken. A special thanks to the crew. You were referred to me from out here, and I will do likewise. Thanks again.

"so accommodating"
Thanks so much for being so accommodating when it came to moving my piano. I appreciate your looking after it, and your reasonable prices. Thanks.

"so pleased"
We are so pleased with the service your company provided. The young men who moved our goods did a great job.

Find us on social media: